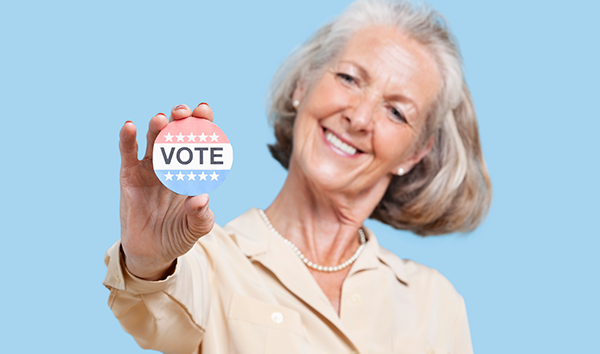 There’s no question we are in one of the most unusual election cycles in recent memory, due in large part to the race for the presidency this fall. In fact, this might be the first time that the next leader of the free world is chosen not because of how well liked he or she is but, rather, but how badly voters want to keep the other candidate out of the White House!

If the news media can be believed (I know—not necessary a valid assumption!), a growing segment of the electorate might choose to stay home on Election Day out of discouragement or disgust. Believe me, I feel their pain.

I just don’t agree with the strategy.

While watching with concern the challenges facing our nation—challenges that seem insurmountable at times—I stumbled on a little piece of trivia about another time in our history, when Abraham Lincoln occupied the Oval Office and the United States looked to be on the verge of disintegration. At that time, Mr. Lincoln called America the “last, best hope of earth.”

I think sometimes we lose sight of what a singularly marvelous experiment our nation is—an experiment that continues to evolve and adapt as each new challenge approaches. Under Mr. Lincoln’s steady hand, we survived the Civil War and ended slavery. Since then, we’ve made it through the Great Depression and led the free world in winning two World Wars. We stared down the Soviet Union and slowly (arguably, perhaps too slowly) have strived to provide equal opportunity to all Americans. It hasn’t always been easy, or pretty, but we’ve somehow found ways to overcome these challenges and emerge better than before. For sure, many challenges remain. But I know we can meet them if we meet them together.

But to do this, we need to exercise the rights and privileges that come with citizenship. Foremost among these is the responsibility to vote.

So if none of the candidates excites you, vote anyway.

If you don’t think your vote really matters, vote anyway.

If your candidates always win, but they always fail to meet your expectations, vote anyway.

If you think based on pre-election polls that your candidate cannot win, remember Truman vs. Dewey and vote anyway.

If you find yourself too tired to vote after a long day of work, get off the couch and vote anyway.

If you think it might rain on Election Day, take an umbrella and vote anyway.

If you think it might be too cold to go out on Election Day, grab a coat and vote anyway.

If you are worried your dinner will get cold or you’ll miss your favorite TV show, reheat the former or DVR (record!) the latter and vote anyway.

If the parking lot at the polling place gets too crowded, park a little farther away, get some exercise and vote anyway.

Perhaps you feel that our problems have become too complex and our country too fractured to achieve our noble aims of freedom and opportunity for all. But America remains the most glorious experiment in democracy every attempted, yet it remains unfinished. If we are to someday reach the lofty ideals of our Founding Fathers stated in the Declaration of Independence, the Constitution and the Gettysburg Address, we need to believe in those ideals, believe in each other and believe in ourselves. And, we need to be willing to act, as they did, to bring about the change we want to see in this world!

So whatever your disappointments, discouragements or disillusions about the pending 2016 election, try to appreciate the uniqueness and importance of this 240-year-old experiment in democracy, and vote anyway.